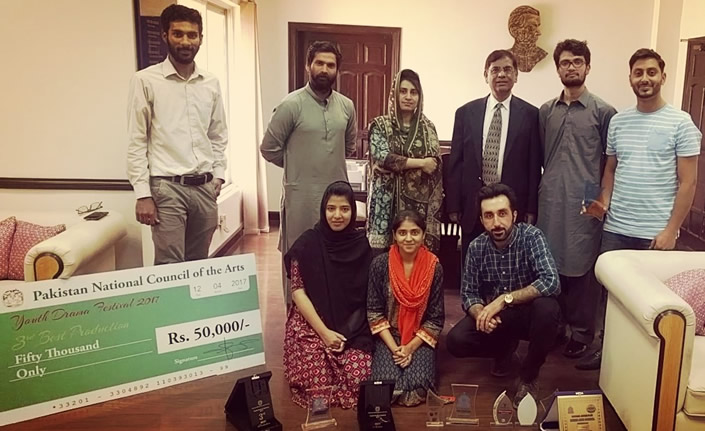 Quaidian Dramatics Club (QDC) made the whole season propitious with its stunning wins in different regional and national drama competitions. The achievements were the proof that QAU is equally rich in performing arts as in sciences. The whole credit goes to the team Quaidian Dramatics Club QAU and the university authorities who believed in the potential of youth.

Dr. Javed Ashraf, Vice Chancellor, QAU, met with the team QDC, appreciated the role of the Dramatics Club being the torch bearer of the creative marvelous for the University and assured his full cooperation and support for the club. He emphasized on the dire need of such creative activities to converge the talent of the youth positively on a constructive cause.