The National Institute of Historical and Cultural Research (NIHCR), Centre of Excellence, Quaid-i-Azam University, Islamabad has set up Balochistan Books Corner at its Resource Centre.

While opening the Balochistan Books Corner by cutting the ribbon, Governor Achakzai announced to grant an amount of rupees one million to the NIHCR for further expansion of its library.

The governor had earlier granted an amount of rupees one million to the NIHCR while addressing the concluding session of the three-day International Conference on Balochistan held in Islamabad from April 28-30, 2014. The NIHCR spent the amount on strengthening its library for the greater benefit of the academia, faculty and students.

In his welcome address, the NIHCR Director Prof Dr Sayed Wiqar Ali Shah briefed the participants about the history of the NIHCR, particularly mentioning its prestigious place during the 1970s. It was initially National Commission on Historical and Cultural Research established in 1973 to promote the history and culture of Pakistan. Due to unexplained reasons the commission was dissolved and the NIHCR was formed later on.

He said the corner is open to scholars, students and researchers adding that it would play an important role in promoting education, encouraging students and readers besides strengthening bonds of brotherhood, love and respect among all the communities living in Pakistan.

Prof. Dr. Wiqar assured the participants that Balochistan will be given more importance and within the next couple of years it will not be a neglected subject as regional history would be focused in the due course of time.

Addressing the participants, Governor Achakzai said that books bring harmony and peace among the people. Books have been influencing the people, and affecting the thinking process besides changing personalities, he opined.

Governor lauded the vital role of the NIHCR in conducting research, publishing books on history and culture thus promoting the book reading among all and sundry.

Dr Javed Ashraf, Vice-Chancellor of the Quaid-i-Azam University, Islamabad said that the Balochistan Books Corner would provide resources to the academia, researchers, faculty and students to sharpen knowledge, increase connections between the Baloch brethren and scale up understanding of shared values among fellow citizens of the motherland.

Shields were also presented to the Governor, the QAU Vice-Chancellor and the NIHCR Director.

At this occasion, the NIHCR had also arranged a separate books exhibition of its published books. The books were offered to the buyers on fifty per cent discount. A large number of students and teachers took keen interest in the books. 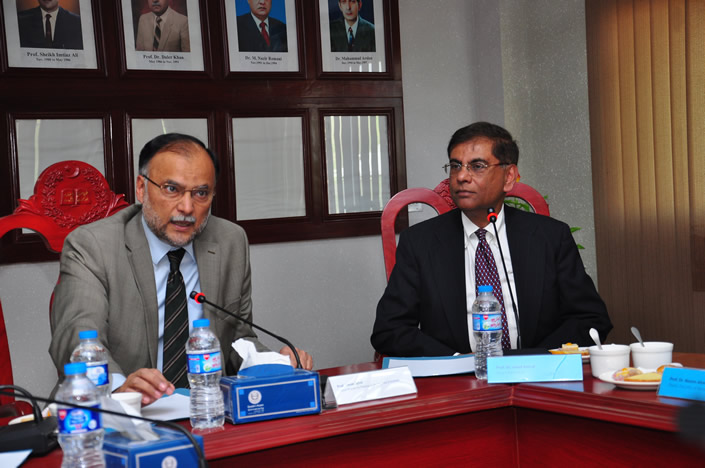