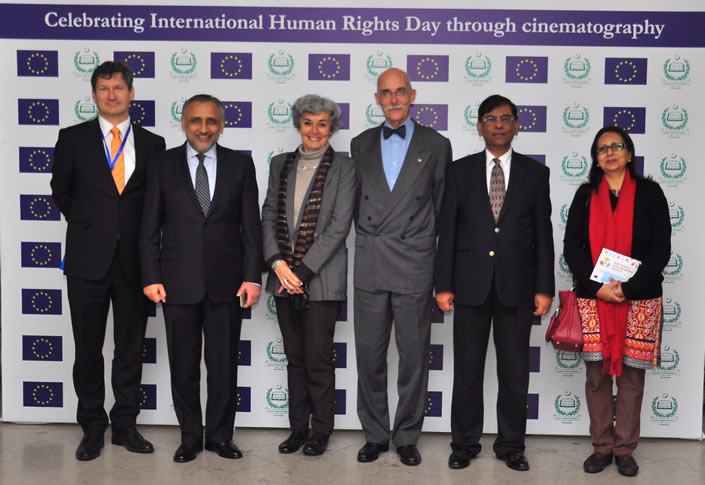 Film screening at QAU was the part of series of events under the theme “Human Rights through Cinematography” organized jointly by the European Union, the United Nations System, the Swiss Embassy with the support of the International Film Festival and Forum on Human Rights, Geneva.

In his welcome remarks Jean-François Cautain, Ambassador of the European Union to Pakistan said these films would provide an opportunity for debate on human rights in Europe and in Pakistan. “The selection of films shows that in spite of good policies, it is not always easy to live to up to one’s own high standards and ideals. No country is exempt from doing its utmost to ensure that human rights are cultivated, protected and enforced at all levels and in all parts of the world” said the Ambassador.

The movie “Journey of Hope” narrated the story of a poor Kurdish family, who was determined to go to Switzerland, to find a better life, at any cost. To this end, they sold their cattle, sheep, and land to get the money for false passports and to pay the smugglers. Unfortunately the journey of hope turned one of despair for them. Unscrupulous smugglers cheat them of their money; immigration officials blocked their path at every step; and the snow-covered Italian-Swiss border presents an obstacle overwhelming in its primal magnitude.

The second movie ‘Journey to Portugal’ based on true story, was about European procedures at airport border control and the inhuman treatment that has become totally accepted nowadays. Of all the passengers on her plane, Maria is the only one to be detained and interrogated by the Immigration Police. The situation turns into a nightmare when the Police officers realize that the man waiting for Maria at the airport is Senegalese.

Zafarullah Khan, Minister for Human Rights also addressed the audience. Dr. Javeed Ashraf, Vice Chancellor, QAU, thanked the organizers for providing the students an opportunity to watch movies on such important themes. A large number of students, staff and faculty attended the screening of the movies. 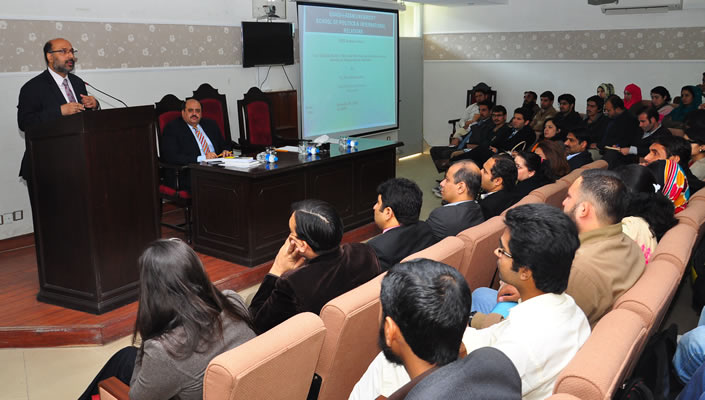