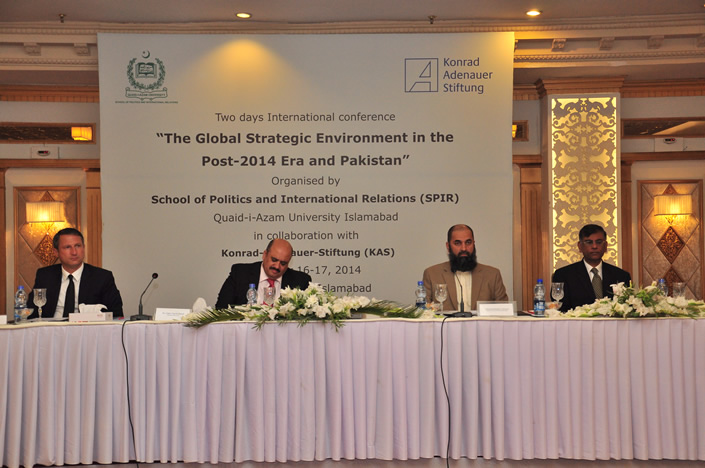 The basic idea of the conference was to identify and explain different perceptions about the global strategic chessboard in the post-2014 era and different viewpoints about Pakistan’s relevance and its role in the emerging strategic setting.

Minister of State for Federal Education, Training and Standards in Higher Education, Muhammad Baligh-Ur-Rehman while inaugurating the conference said that 2014 and post 14 is very important era for us, no one can live in isolation.

“Pakistan’s location is very important, NATO, RUSSIA AND CHINA’s presence and regional dimensions cannot be ignored or missed and might have substantial consequences for the country. Pakistan still faces jihadists challenge, extremists thoughts in the name of the religion, losses and deaths, we have to fight operations and war ourselves to avoid greater disaster, such as operation Zarb e Azab” said the Minister.

Ronny Heine, KAS Representative in Pakistan briefed the audience about the Konrad Adeneur Stiftung, Germany. He said that KAS is named after the first Chancellor of Germany who laid political foundation of the system. It operates in 80 countries, and opened its office in Islamabad in 2008. Ronny Heine said that Pakistan’s role is very crucial in global strategic environment especially in post 2014 era cannot be undermined.

Prof. Dr. Javed Ashraf Vice Chancellor Quaid-i-Azam University, said that Pakistan’s geo political position in world at large, one cannot avoid the role of the country in regional and global politics. “In a rapidly changing world where two powers are neighboring us such as China and India, we need to address issues which can uplift our political status” he added. He congratulated School of Politics and International Relations (SPIR) and (KAS) for organizing the successful conference to deliberate upon such important topic and subject. 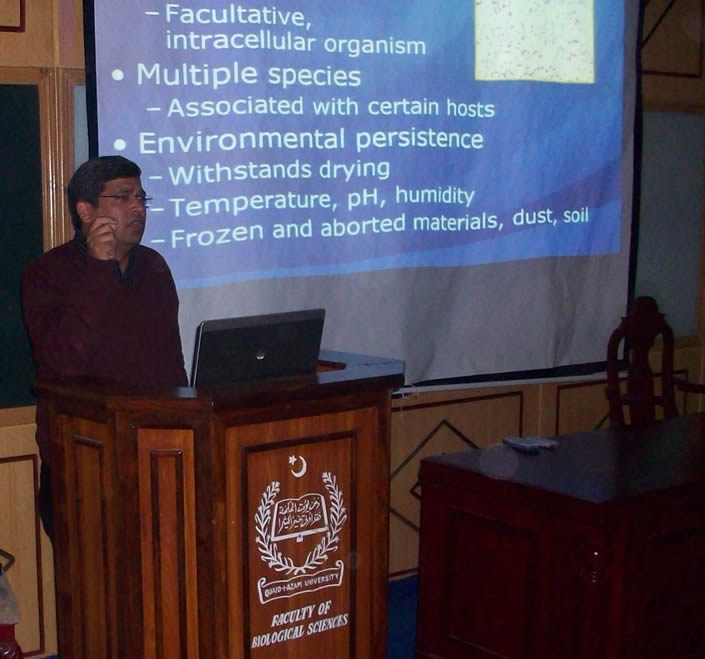 Seminar on “Brucellosis in Humans and Animals”