Minister of State for Education,Trainings &Standards in Higher Education, Engineer Baleegh-ur-Rehman has said that despite financial crunch funding for the universities and Higher Education has been increased by the current government. He was addressing a seminar on “Pak-Egypt Cultural Heritage” organized by Department of Anthropology, Quaid-i-Azam University QAU. The Minister said that government has taken measures for overcoming energy crisis, increase the tax to GDP ratio and tax base. “These steps will go a long way in reviving economy and government will gradually increase the budget for education and will take it to four percent of the GDP” said the Minister. The Seminar was organized under the supervision of Course Instructor Mr. Adnan Jamil. While former Minister for Education KPK Haji Muhammad Javed and Mr. Nabeel Fouly Egyptian Faculty Member of Islamic International University (IIUI) also gave detailed presentations. A large number of students and faculty members attended the seminar. 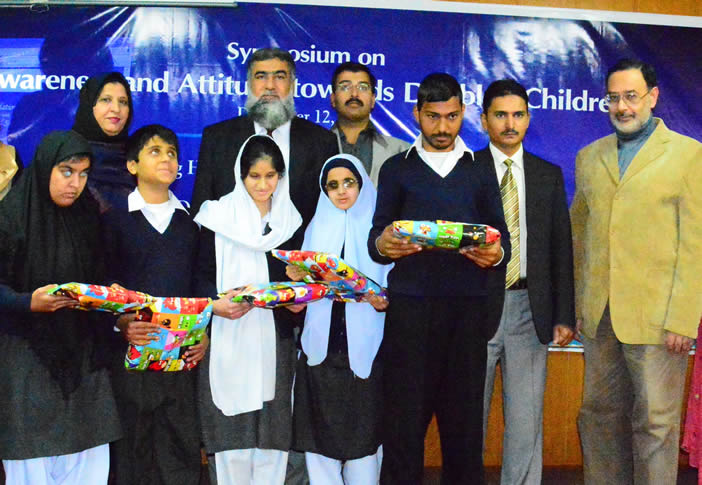 Symposium on Awareness and Attitude towards Disabled Children

MoU Signed between QAU and TiKA for Infrastructure Development