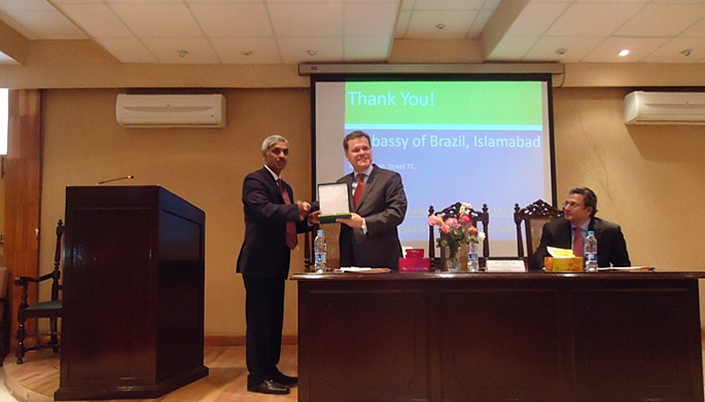 Ambassador Shahid Kamal in his remarks talked of the significance and rising role of Brazil in the world. Mr. Leoni put light on the significance of Brazil in today’s integrated world starting with its history and geographic location. He mentioned that Brazil has become an emerging economic power in the world – 6th by GDP after US, China, Japan, Germany and France. He highlighted Brazils growing economy and its impact on the country.

Talking about Pakistan-Brazil relations, he said that relations between both the countries have zero issues and friendly image. Brazil is keen to enhance good relations with Pakistan. Trade, education, agriculture are the key areas which could promote ties between both the countries. Brazil considers Pakistan an important country, and wants to promote relations in areas of trade, agriculture, defense, tourism and education. Brazil granted 10 scholarships to Pakistani students in 2011. The ambassador announced 15 scholarships this year, and this number is going to be increased in the coming years.

The ambassador emphasized that he is keen to build Brazil’s image in Pakistan. He saw this visit to QAU as a start toward an enhanced understanding and broad relationship with Pakistan at different levels. Mr. Leoni answered many questions asked by the participants and extended gratitude to the Area Study Center, QAU for the invitation. Acting Director, Dr Noman Sattar presented the university shield to the Ambassador. 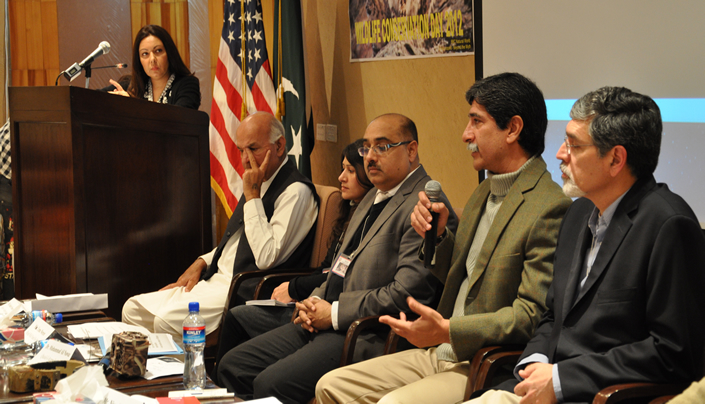