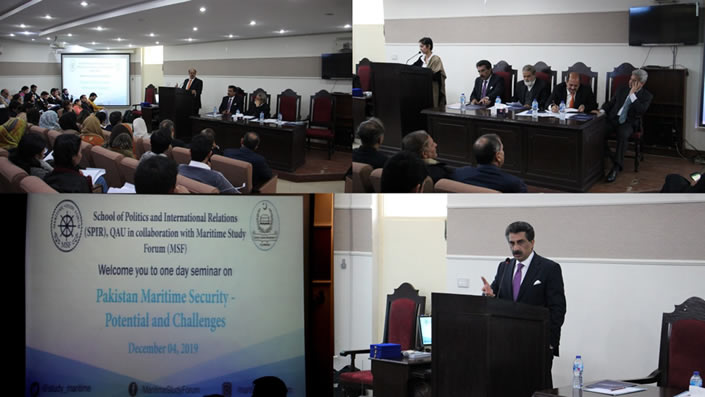 School of Politics and International Relations (SPIR), Quaid-i-Azam University (QAU) in collaboration with Maritime Study Forum (MSF), organized a one-day seminar on “Pakistan’s Maritime Security: Challenges and Potential” on Wednesday, December 04, 2019.
In opening remarks, Prof. Dr. Nazir Hussain, Director SPIR highlighted the importance of maritime security for Pakistan and stressed for the need to promote the sector at the academic level. He appreciated the work done by MSF to increase awareness with regards to maritime security and socio-economic domain of Pakistan.
Prof. Dr. Zafar Nawaz Jaspal in his talk on “China’s Maritime Security: Lessons for Pakistan” focused on China’s maritime security strategy and takeaways from for Pakistan. He informed the audience about China’s anxieties that arise from Malacca dilemma and tensions in South China Sea also underlined significance of One Belt One Road (OBOR) project. China is going for offshore naval expansion and becoming a potential Blue Water Navy in order to protect its trade routes. However, Pakistan’s maritime security needs are not ambitious as that of China. Therefore, the major takeaway for Pakistan is to formulate its maritime security strategy in accordance with its national strategy and core interests. Convergence of common interest’s vis-à-vis can also enhance and promote cooperation among two nations in domain of maritime security.
In keynote address, Mr. Ghalib Iqbal, Former Ambassador of Pakistan to France, focused on “Implications of Pakistan’s Maritime Blindness”, describes how the maritime blindness or sea blindness has implicating Pakistan socio-economic uplift. He recalled his service years during his time as an officer at Pakistan Navy, and how the general awareness with regards to maritime remains the same to date. He underlines the sea blindness in this region chronologically starting from the time of Mughals and declared the sea blindness in the region as one of reasons of overpowering of colonial powers upon the whole region. While concluding his presentation he comes with few suggestions and remedies to address the prevailing maritime blindness by promoting awareness campaign through media.
While concluding the seminar, Dr. Syed Mohammed Anwer, President MSF emphasized that contrary to the popular belief, the maritime domain is much larger than merely a pre-dominantly security domain. Describing geopolitical implications of maritime securitization he said that the manipulated nomenclature with new idea Indo-Pacific is an attempt to give leverage to India. He pointed out that the etymology of Indian Ocean itself is historically colonial in its nature whereby the Western Indian Ocean was historically referred to as African Ocean. Dr. Anwer thanked the speakers and guests on the seminar.
Representatives from Pakistan Navy’s Directorate of Public Relations were also present at the seminar. The Representatives raised important issues and provided valuable input on Pakistan Navy’s efforts to address the issue of maritime blindness. The seminar was attended by students, academics and guests from School of Politics and International Relations, QAU, as well as from other notable institutions of Islamabad. 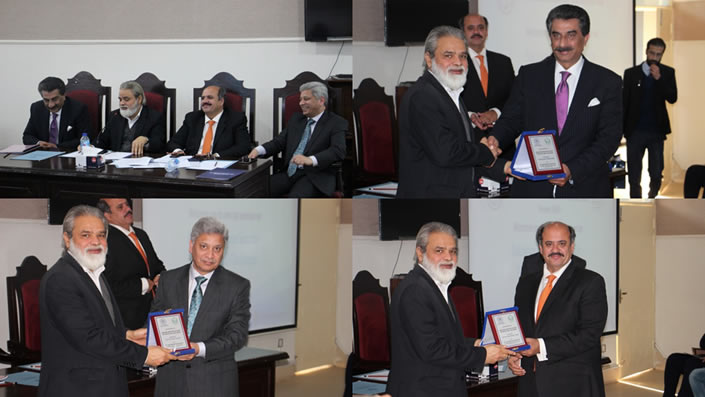 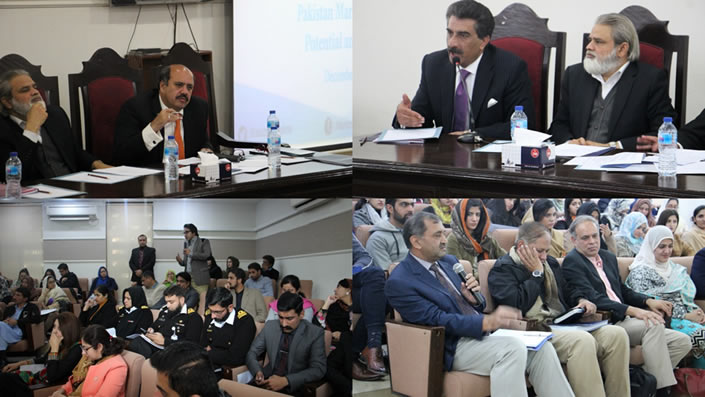 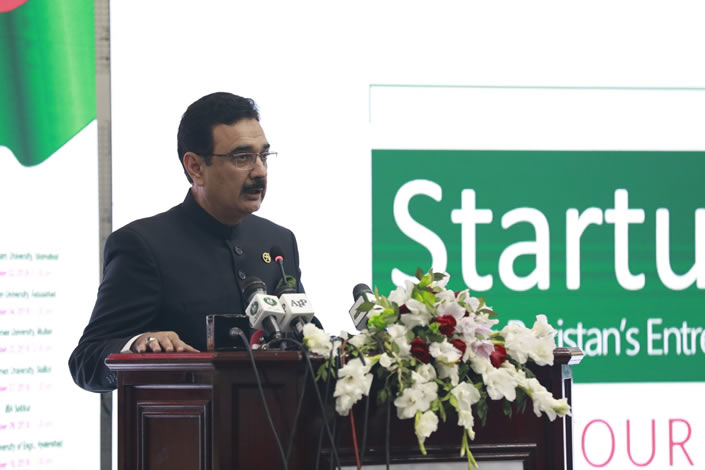