Two-Day Conference on Stabilizing FATA stresses the need for reforms

“The kind of problems FATA is facing today is not something that one person or political parties can solve alone. There has to be consensus and there is a consensus that after amendments are made in the FCR, we will implement it sooner than later. We are also determined to extend the Political Parties Act to FATA”, said Governor Khyber Pakhtunnkhwa Barrister Syed Masood Kausar at a concluding session of a two day conference on ‘Stabilizing FATA: Security, Governance, Developmental Challenges, Internal and External Dimensions.’

The two-day conference was organized by Community Appraisal and Motivation Programme (CAMP), in collaboration with the Department of Defence and Strategic Studies, Quaid-i-Azam University and generously supported by the Embassy of the Federal Republic of Germany.

The Vice Chancellor of Quaid-e-Azam University, Dr.Masoom Yasinzai inaugurated the conference. The VC highlighted the efforts of the QAU in encouraging students from FATA, “Out of 3,000 scholarships to deserving in 2010 students, majority of the scholarships went to FATA students”, he said.

Eminent speakers and session chairs on both days applauded the efforts by CAMP for bringing all stakeholders at a platform to discuss FATA problems and their possible solutions and agreed that FATA is the microcosm of what Pakistan is today. However due to lack of information and knowledge of the area, the challenges become even more complex. Speaking on the second day, Dr. Samina Ahmed from the International Crisis Group said that whatever knowledge we have of FATA is secondary. “There are very few organizations like CAMP that have produced data on FATA that we can use” she said, referring to a series of opinion polls conducted by CAMP since 2007 titled “Understanding FATA”.

“Jehadi outfits are at the core of the many challenges in FATA” said Mr. Imtiaz Gul, head of CRSS and a senior journalist who was speaking at the first session on internal security dimensions of FATA. He highlighted legal, political and socioeconomic dimensions. Mr. Gul also questioned the sovereign Parliament, which remained silent on the FCR reforms when the 18th Amendment was being passed. Also speaking at the session, Dr. Shabana Fayyaz said that unfortunately is a victim, target and recruitment and transit station of militancy. She said that without public or popular support, sustainable counter-terrorism policy will not be possible.

The speakers at the session on ‘Stablizing FATA: External Security Dimensions’ included Ambassador Rustam Shah Mohmand, senior journalist and security analyst Naseem Zehra and Ambassador Ashraf Jahangir Qazi as the Chair. The speakers agreed that until there was no peace in Afghanistan, there will be no peace on FATA or Pakistan.

“This is not a FATA issue, but affects all of Pakistan” stressed Dr. Maleeha Lodhi who was chairing the session on ‘Mainstreaming FATA: Governance Issues’. She added that FATA has always been seen as a buffer but not as an area where people have rights.” Also speaking at the session were Professor Zubair Mehsud, Asst.Professor, University of Peshawar and Naveed Ahmad Shinwari, CEO CAMP and author of the renowned Understanding FATA. In their presentations, the speakers stressed in the need to review the dual system of administration and called on the government to stop considering FATA as a strategic backyard. They also stressed the need to involve locals from FATA at every stage of planning, whether for development programmes or other initiatives.

“The debate on FATA has been deductive, inconsistent and data deficient” said Talat Husain, senior journalist with DAWN television while speaking at the conference. He added that FATA was a state centred debate although it should be a national level debate, and until the internal security dimension is not taken into account, peace will not prevail in FATA or Pakistan.

Another session included Roundtable with Stakeholders. During that session, Farida Afraid, a young woman from FATA shared her experiences as a women working for women’s rights in FATA. “It is a huge challenge, but we have to contribute if we want to see FATA develop” she said. Another young student from FATA, Nabila Jaffer presented the miseries and suffering of the people in FATA, particularly the women.

Ambassador Arif Ayub and Ambassador Ayaz Wazir also shared their thoughts as guest speakers on the occasion and asserted that political reforms, security and development should be simultaneous.

> FATA Reform package should be implemented as a first step, but the complete reforms package should come with a comprehensive roadmap.
> Information base on FATA needs to be expanded to provide accurate and updated data, without which planning and development cannot take place
> FATA needs to be put on the fast track for development; with a focus on health, education and employment
> Security needs to be improved in close consultation with the locals

The event was the last in a series of roundtables and conferences being held under CAMP’s Communities for Change Project which is funded by the Embassy of the Federal Republic of Germany. The objective of this project is to empower the people of FATA to claim and defend their social, political and economic rights, as well as actively develop their resilience to sectarian and inter-tribal conflict and influences. A large number of intellectuals, senior journalists, government officials, academics and students participated in this two days conference in a large number. 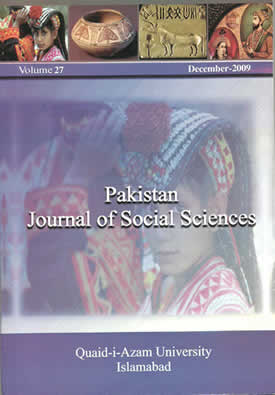 Seminar on “The Rise of China in the Historical Perspective”